When blood clots (thrombi) that have formed anywhere in a cat’s or dog’s body and they begin to dissolve, a compound is liberated which known as D-Dimer. The reason for this is because these clots contain fibrin and when fibrin dissolves (fibrinolysis) D-Dimer fragments are released. Besides confirming the presence of blood clots, D-dimer blood levels can also increase in life-threatening clotting defects that sometimes accompany trauma and shock. That situation is called disseminated intravascular coagulation (DIC).

The d-dimer test is only one of a group of tests that investigate the state of your pet’s blood clotting mechanism. A veterinarian might include it if he/she is suspicious that the pet is bleeding internally (or excessively through an unseen wound) due to a fault in its blood clotting mechanism. Since the clotting of blood is such a complex process (the coagulation cascade) with many different stages or steps and the interplay of many different cells and body chemicals, a series of tests might be required to determine exactly what is wrong. The other tests used include a thrombocyte count,  prothrombin time (PT), partial thromboplastin time (PTT), fibrinogen level and thrombin clot time TCT.

Other complimentary tests to include with D-Dimer are a CBC/WBC and blood chemistry panel. 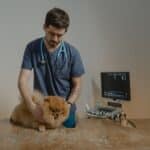 What Is Leishmaniasis in Dogs? 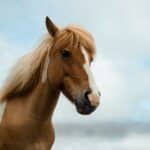