It is sometimes referred to as panleukopenia virus because one of the results of infection is the development of a low white blood cell count (which is what panleukopenia means).

This was the first disease of cats to be shown to be caused by a virus, and parvoviruses are particularly dangerous as they are able to survive for long periods (up to several years) in the environment, and are resistant to many disinfectants.

Source and spread of infection
Feline parvovirus is spread by direct faecal-oral contact, and indirectly following contamination of the environment or objects (eg, on food dishes, grooming equipment, bedding, floors, clothing or hands). Cats infected with FPV can continue to excrete the virus for at least six weeks following infection, and the virus can also be transmitted by dogs. 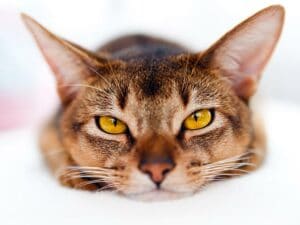 In kittens over three or four weeks of age and in adult cats the virus causes a very severe gastroenteritis, following an incubation period of five to nine days. Affected cats develop acute onset haemorrhagic vomiting and diarrhoea and some cats die rapidly. The virus causes severe damage to the lining of the intestine and also travels via the blood to the bone marrow and lymph glands. Viral replication at these sites leads to a marked depletion of white blood cells. Infected cats and kittens usually have a fever, are obviously depressed and will not eat. Some cats may die before even showing signs of gastroenteritis.

Pregnant queens infected with parvovirus, the virus can spread to the unborn kittens where it can interfere with the developing brain. Kittens may then be born with a condition known as cerebellar hypoplasia (lack of development of the cerebellum, a part of the brain needed for fine coordination of movement). Kittens may initially seem fine, but as they start to move and walk it becomes obvious that they are highly uncoordinated. This may also happen in very young kittens (less than 4 weeks of age) infected with FPV as the cerebellum is still developing at that age.

Treatment
No specific treatment is available for FPV infection and it is vital that any suspected cases are nursed in isolation as this is a highly contagious disease. Protective clothing must be worn and hands washed thoroughly after handling any cat or kitten suspected of having the disease. Where possible, one or two people who do not handle any other cats should be assigned as nurses.

Affected cats often die from dehydration and massive secondary infection, so aggressive support with intravenous fluids and broad spectrum antibiotics are crucial, but even with this, a high proportion of affected cats may die. Anti-emetic drugs may be useful to help stop vomiting, and feeding the cat small meals as soon as the vomiting has resolved is also important. Good veterinary and nursing care is vital to help cats, especially young kittens, recover from the disease. 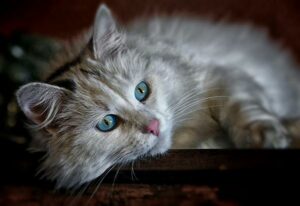 Interferons are chemicals made in the body that can exert an antiviral effect. Recombinant feline interferon omega (or human interferon products) might be of some help in the treatment of severe cases. Feline interferon has been shown to be useful in managing dogs with parvovirus infection.

Control
Feline parvovirus is much better prevented than treated. Highly effective vaccines are available and all cats and kittens should be vaccinated (including indoor-only cats). Modified live vaccines should not be used in pregnant queens or cats that are immunosuppressed and, in such cases, inactivated (killed) vaccines are recommended. For further information see vaccinating your cat.

Control of the spread of FPV relies on both vaccination and good management practice, including disinfection (with appropriate disinfectants) and use of isolation procedures. When faced with an outbreak of FPV in a colony of cats, vaccinating all the cats will help, and in some countries anti-FPV serum is available that may be given to susceptible cats and kittens to help protect them by providing antibodies against the virus. 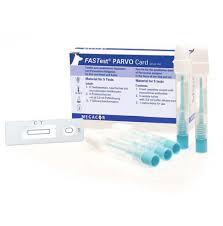 Bioscint supplies Feline Parvovirus rapid tests and various others from our range from Megacor Diagnostik. Kindly get in touch with us directly for more information and pricing. 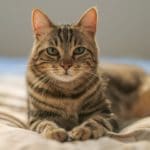 What Is Veterinary Laser Therapy? 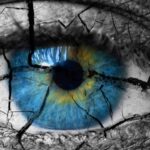 What Is Dry Eye?