387 million people suffer from Diabetes worldwide, a figure which is estimated to double by 2035. Although many diabetics go about their daily lives in as normal a fashion as possible, there are still rigorous procedures they have to follow to maintain a healthy balance. All that could change.

Members from the University of North Carolina (UNC) in Chapel Hill and NC State in Raleigh are studying this innovative smart insulin patch which has the potential to eliminate the painful and imprecise ordeal of injecting insulin. The device can be placed anywhere on the body. It is a small, barely-there device “made from nontoxic, biocompatible materials”, very similar to tape. It consists of more than a hundred micro-needles, no larger or thicker than an eyelash filled with insulin and glucose-sensing enzymes. The patch acts as a sensor first and foremost: it senses when blood sugar levels are low and injects the right amount of insulin. 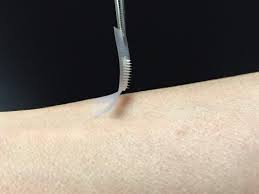 The painless micro-needles pierce the skin, tapping into the blood flow of the capillaries.  When tested on mice with type 1 diabetes, the patches sensed hypoglycaemia and injected the insulin. And here’s the other pro to this device: when compared to mice treated with the standard insulin injection, blood levels were kept low for a longer stretch of time. Since mice are more sensitive than humans, the patch wouldn’t need to be changed very often – a human can change the patch every few days.

The beauty of this device is that it perfectly mimics the body’s own system for generating insulin: the beat cells of the pancreas. They too produce insulin in tiny sacs, very similar to the micro-needles. Co-senior author Zhen Gu, a professor in biomedical engineering, says:

“[…] The whole system can be personalized to account for a diabetic’s weight and sensitivity to insulin, so we could make the smart patch even smarter.”

The downside: it’s still to early to start testing on humans. But, given all the benefits, I’m sure we would all be willing to play the waiting game. 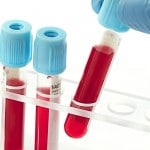 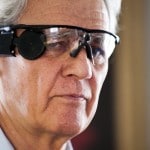