Argus II. It’s the name given to the Retinal Prosthesis System, or Bionic Eye, implanted on an 80 year old man from the UK, suffering from AMD, enabling him to regain some visual function. Last February, a man suffering from retinitis pigmentosa saw his wife for the first time in 10 years, thanks to Argus II.

How does it work?

The patient wears glasses with a camera mounted on the bridge of the nose. This miniature camera captures images and relays them back to the implant. The device converts them into electrical impulses which stimulate the remaining cells on the retina. There they replicate light patterns which are sent to the brain to be interpreted.

Both Mr Flynn and Mr Zderad underwent a 4 hour procedure due to total or partial loss of visual functions. Mr Flynn who suffers from Age-related Macular Degeneration, a leading cause of vision loss among seniors, is now seeing outlines of people and objects effectively. Allen Zderad suffers from retinitis pigmentosa – a disease which has no cure and which has left him totally blind.

“Mr. Zderad is experiencing what we call artificial vision. It’s not like any form of vision that he’s had before. He’s receiving pulses of electrical signal that are going on to his retina and those are producing small flashes of light called electro-phosphenes.”

It is not like any other form of vision he has ever had. It is, in Mr Zderad’s words: “crude, but significant. It’ll work.” Allen Zderad could see his wife and family after 10 years. When asked how he could distinguish her after a decade, this is how he answered: “It’s easy. She’s the most beautiful one in the room.”

Watch the moving video of this encounter below: 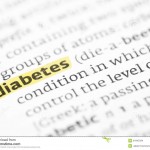 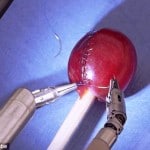